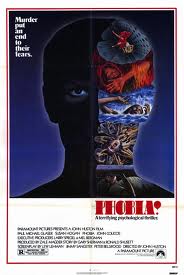 To be honest with you, not much history on the subject of Phobia has been written. The film was a low-budget, Canadian horror film, so what attracted Huston to the project cannot be explained. Perhaps he just needed the money, I am not sure. I try not to judge the film in this section, but I can't help but feel as if my point of view is becoming apparent, so I'll just skip to the next section.

THE PLOT:
Dr. Peter Ross is a well-known psychologist, operating in Toronto. He is trying out a new experiment, to try and cure his patient's phobia's. His patients have all been given to him by a jail, and are all criminals. They all suffer from various phobias, from fear of falling to fear of snakes. His radical new treatment involves making them face their worst fears, in order to overcome them.

Unfortunately trouble comes his way, when his patients begin to start dying mysteriously, according to their various phobias...

THE CRITICISM:
This film is bad. Good, just wanted to get that out of the way. So why is it bad? It had an interesting premise, but the actors look bored to death in their roles, including Paul Michael Glaser in the lead. The direction is sloppy, especially for an old pro like Huston. The plot chugs along at a snails pace. There is no horror, and barely any laughs. Even seeing a city I know and love like Toronto in the early 80's wasn't enough to hold my attention. They even give the ending away in the tagline.

I find that when writing a positive review, I have more fun. I had no fun writing this review, just as I had no fun watching this film. Don't get me wrong, it has its good points. The score is well done, especially for a horror film, and it holds back where most composers would go for a screeching violin, an admirable move. The plot is intriguing, even if it isn't carried out well. I did have fun recognizing some landmarks that I know from the city. 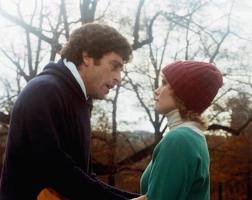 Unfortunately that's it. So I guess I'll start with the actors. The cast is pretty no name. Glaser, as I mentioned above seems bored, and his character is very one note. Susan Hogan, playing his girlfriend, really isn't given anything to do, so to criticize her to harshly would be unfair. John Colicos gives a performance as the stereotypical red blooded cop, that can only be defined as uninspiring and unoriginal.

The cast that patients are all good at reacting to their horrific fears in a cheesy way that, unfortunately, brings neither laughs nor fears. The screenplay by a trio of writers is dull and lifeless, at least that's the way it was portrayed onscreen. It is neither horrific nor cheesy. The film would have been best made as a psychological drama, but unfortunately the way it is carried out is not as such.

The score, as I mentioned above, is one of the few saving graces of the film. It isn't great, but it's better than the rest of the film. The cinematography is ordinary to say the least, and the copy I had was full of dull colors and popping soundbites. It may not be the cinematographers fault that no one has taken the time to remaster the visuals, but it did hamper my viewing experience.

And now to the direction. I have no idea how Huston ever came to make this film. I imagine it must have been something like this:

JOHN HUSTON lies asleep on his bed. The door to his room opens, and THE PRODUCERS  step in. They whisper to each other, and one approaches Huston, and knocks him unconscious. He goes up to the other producer.
PRODUCER #1
Now all we have to do is smuggle him on a flight to Toronto,
and keep him drugged for the month we have to shoot, and
then bam! We have a movie!

PRODUCER #2
No one will suspect our nefarious scheme! Even Huston
will have to keep his mouth shut, or everyone will think
he's just making excuses for a bad film!

They both cackle with glee and drag Huston out of the bedroom. 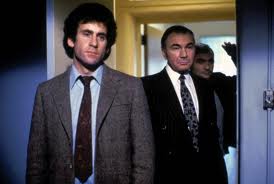 Yes, It's that bad. Huston's direction is so laconic and uninvolved, that it doesn't surprise me that this was his only horror film, he was far better adept at dramas. There is a scene when Glaser reaches out to stop a patient from jumping, Huston just keeps the shoot wide the whole time, infuriating me by not adding any close-ups. Maybe it's just me but I found that scene lacking for that very reason.

Overall, this film has the reputation of being John Huston's worst film. That is so, at least for now. I won't deny that I felt like nodding off during the film, but I kept myself awake so I could write this review. It is a truly terrible film, and as a Canadian, I feel sorry for anyone who watches this film. Please, if you want to watch a good Canadian film, watch Mon Oncle Antoine, or Goin' Down The Road. Don't watch Phobia.