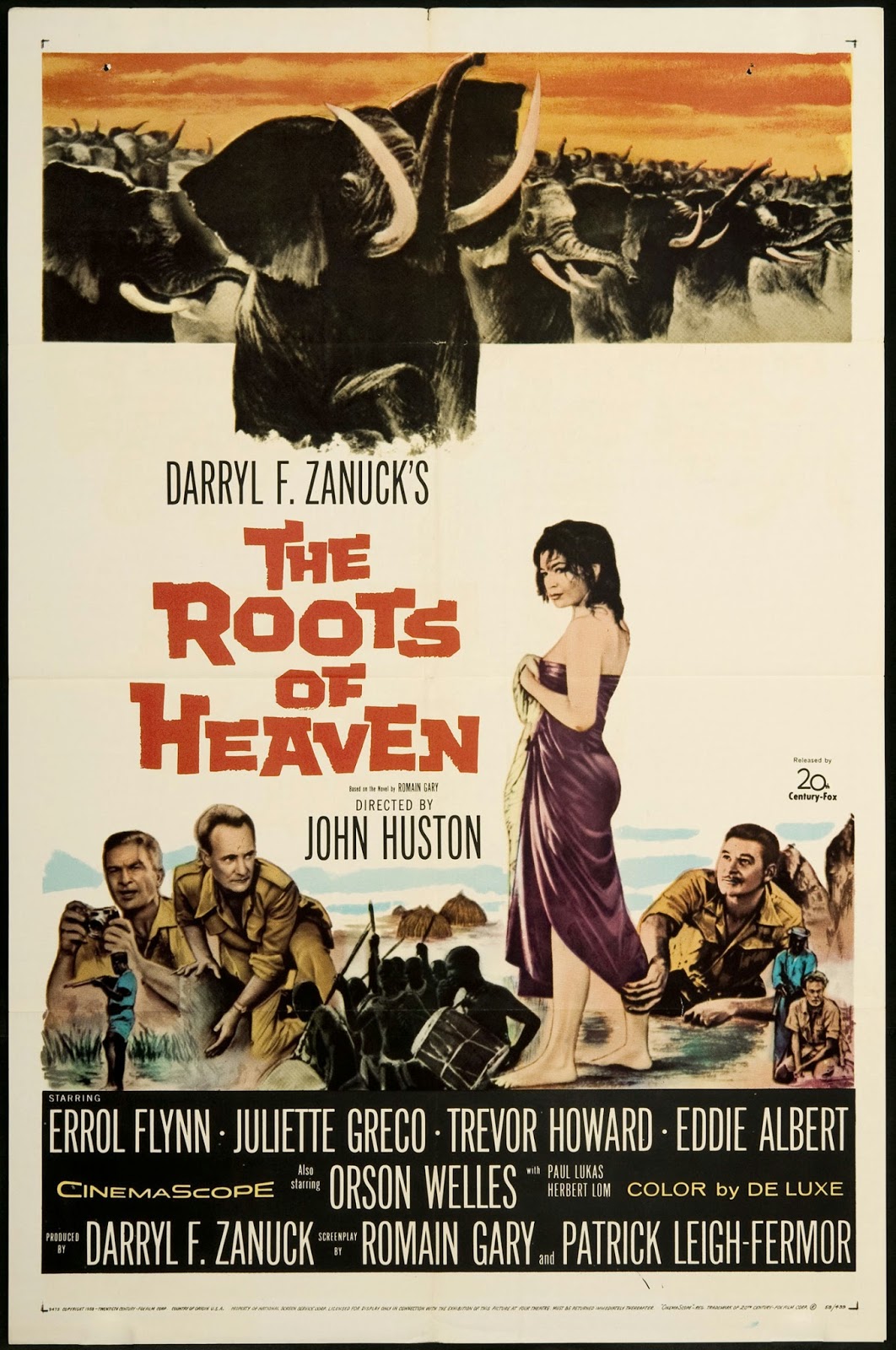 THE ROOTS OF BOREDOM

This movie is boring. Yes, I know that isn't the most substantive of criticisms, but it's the truth. And it's not the good kind of boring. A movie can be boring as long as when you think back on it, you still are not bored. I can give no such good tidings towards The Roots of Heaven, a film who's noble message is drowned in an ocean of it's own failure. Harsh, surely, but what makes it even more infuriating is that in trying to spread the word on an important issue, but no one is listening because the film's just not interesting enough.

Look, protecting endangered species is a basic component of being able to maintain our current ecosystems. And I know how this sounds like I'm just regurgitating a science textbook, but it is becoming more important each and every day. And, yet, in the 1950s, the subject of preservation was not nearly as mainstream as it is today. That is why when a big budget Hollywood production intent on taking the issue head on deserved to be commended. It deserved to be appreciated, and above all it deserved to be seen. But audiences did not deserve this. Turgid melodrama, drab imagery and a one note depiction of a rather interesting story makes the idea of preservation further from my mind than ever, despite Trevor Howard mentioning how much he loves "the elephants" every five minutes.

I'm not saying that the message should have come first, but it would have been nice if they had put forth some worthwhile film making along with it. Instead this just feels flat. Even Huston's return to Africa trips over itself. In The African Queen, you could really see the difficult shoot manifesting itself on screen. The beautiful lush scenery of Africa and the film's success, however, vindicates the shooting conditions and crafts something exceptional out of the madness. And yet, when he came back, the results couldn't have been more different.

Despite having the capability to showcase the wildlife and beauteous nature of Africa more readily than through the narrow river confines of The African Queen, nothing of the sort is achieved. Instead, the majestic images of elephants fall flat, the vast emptiness and expanses of the landscape is painted in atypically bland Technicolor. This is a black and white film shot in a place that demanded more than just simple framing and shots. Indeed, even though the film was shot in Africa for nearly five months, one can see green screen effects used on a few occasions, taking one both out of the film and out of the atmosphere which had been attempted up to then. 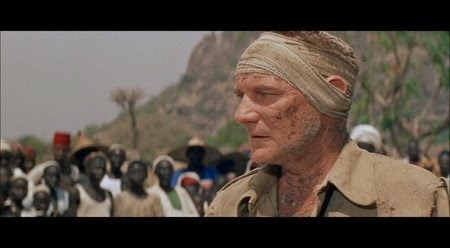 And in fact, the irony here is almost delicious. John Huston made a movie about protecting elephants when he proved so obsessed with shooting one during the filming of his previous African set adventure. But, despite this almost hypocritical move, there was the chance he could have had a change of heart, right? I have no idea, but if this film is any indication, probably not. Message movies only work when the director, the writer and the producers actually care about the message they are trying to promote. Here, it just seems like everyone involved (save perhaps the valiant Trevor Howard, though that could also just be him, you know, acting) is not interested at all with the issue. It just seems like they wanted to finish the film and move on.

And yes, I know it was a difficult shoot. Even without knowing the history, I could read it on the actor's faces. When Juliette Greco's character falls ill, she really does look more sick than any makeup artist, no matter how accomplished, could manage. Perhaps that's because she most likely was. Speaking of Greco, she is serviceable in a role that essentially just serves as someone to keep the men in the audience entertained. The "star", Errol Flynn is in about five major scenes and is drunk in nearly all of them, which, for some reason I am assuming was not all acting.

And the leading man, Trevor Howard, basically plays one note the entire film. The spotless, selfless crusader who will do anything for his cause is a great part, but not if you ignore a little something called "depth" and portray him as just a hero, everything just becomes bland. And bland is true of much of the film. It doesn't have the courage to tackle it's subject head on, and despite Howard's conviction, we are never shown enough of the elephants to know why exactly we are supposed to care so much. And despite Orson Welles's best efforts (yes, Orson Welles is in this movie. I know, I was surprised too), the media press storm that descends around Howard never really feels realistic. 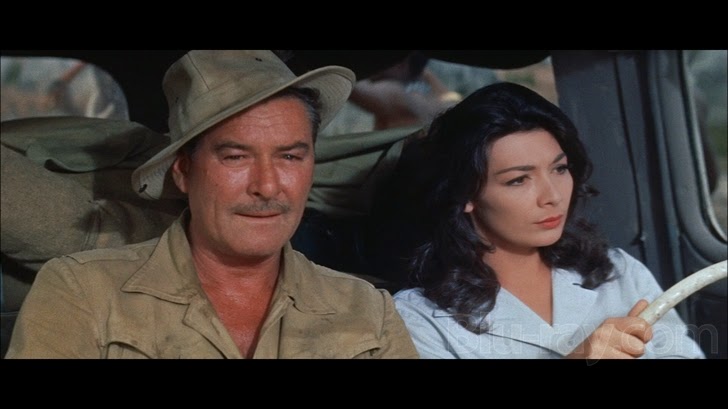 Neither does his abrupt about face when he goes from petition waving pacifist to renegade eco-terrorist who hangs out in the desert a bit and then shoots people in the rear. And, in one of the strangest sequences Huston ever directed, he crashes a party full of evil, rich elephant hunters and then proceeds to pick a woman out of the crowd and spank her. Now, I know Huston was no feminist, but even this sequence is a bit too much. It's almost as if he presents it in a comical light, and though I know it was not meant to be taken this seriously, it is just an utterly bizarre way to go about exacting your "save-the-elephants" plan.

Now I know I must sound bitter, and truth be told, I am. I go into everyone one of these films (well, except maybe Phobia, but that one really had no chance anyways) with an optimistic attitude. This has helped me be both surprised and disappointed with many of the films I've reviewed. And it's not that I don't mind watching some terrible movies for the sake of this website (ahem, Phobia), but the fact that those are just movies. This one seemed to be destined for a higher purpose. It felt to me that it wanted to educate people, and that it failed makes me feel bitter.

Yes, I know, I'll get back on track. This movie likes to be preachy, but the way it goes about spreading it's word is so lackluster and underwhelming that it's gospel just gets tuned out. And that's too bad, because this film was right.