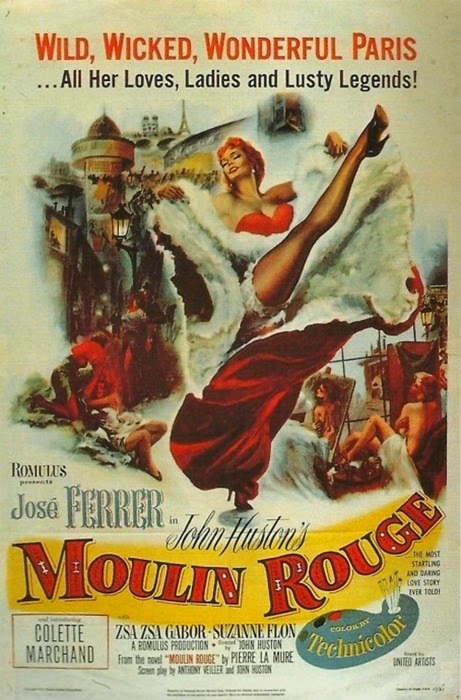 "WELL, GEE, I WONDER WHAT WE CAN DO TO JOSE FERRER NEXT?"

This is a quasi-musical effort, featuring everything that defines those classic pictures, from lavish costumes to other-worldly lighting, directed by a man who's name is about as far away from the genre as you could hope for. Indeed John Huston, the man behind such pretty and frothy films such as... Annie and The Treasure of the Sierra Madre, may not have been my first guess as the helmer of a film like Moulin Rouge, but to my surprise, the result isn't half bad. Of course, there are pacing issues, the montages of Toulouse-Lautrec's run on for far too long and Zsa Zsa Gabor's (dubbed) singing voice is incredibly harsh and grating.

But, I am happy to say, those few things comprise the bulk of my criticisms. So, let's move on to the good stuff. The best part of Moulin Rouge is the art that went into it. Every costume is opulently decorated, while all the sets nearly pop out of their walls with exuberance. The film uses the streets of Paris and the carefully decorated sets of Shepperton Studios to create an atmosphere that embodies the period perfectly (though with almost more reverence for the era than I have seen in quite a while). Indeed, from Ferrer's apartment to the dancing halls of the Moulin Rouge itself, every set seems carefully thought out and planned to the highest degree. 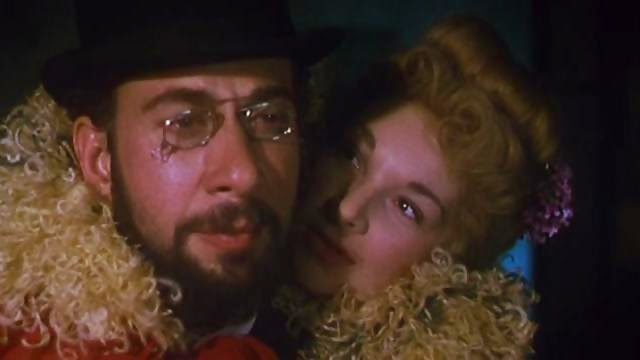 This reverence for decoration is perfectly translated towards the clothing aspect of the film's characters. From the creative dressing shirts which accompany the different male characters, to the sumptuous dresses which seemingly keep getting better and better the further into the film progresses. I normally pay no mind to this aspect of filmmaking, but the sheer quality on display here struck me more than it ever has. For a film revolving around the life of an artist, to see him surrounded by such art (albeit of a different medium) is quite the fitting tribute.

But, ah, I'm getting ahead of myself, aren't I? I haven't told you the plot yet! Okay, here we go. Moulin Rouge is the story of Henri de Toulouse-Lautrec, a painter in Paris around the turn of the century. As a child, he was poised to inherit his father's noble title, until an accident led to him breaking both of his legs. Misfortune follows him yet further as his legs are unable to grow, and he is left disabled. This disability has left him seemingly shunned from romance, until he meets tempestuous Marie Charlet, an impoverished woman of the streets. He protects her from the police, and then falls in love with her. Despite her seemingly loving him back, her destructive nature and alcoholism drives them apart. Will they find a way to stay together, or will Henri follow a path of addiction and heartbreak?

The standout performance in the film belongs to Colette Marchand as Charlet. Her cooing voice and mannerisms make her instantly endearing, and gives the viewer quite the whiplash when she goes on one of her mood swings. Despite some over the top moments later on in the film, her first few scenes are a masterclass in acting, and they serve to bring the (up until that point) frigid Jose Ferrer out of his shell. Ferrer is, unfortunately, bland for much of Moulin Rouge, only really coming to life in various pockets of the film. Zsa Zsa Gabor is a touch annoying, though her arc does have undeniable merit, and Suzanne Flon gives life to a mostly thankless supporting role. 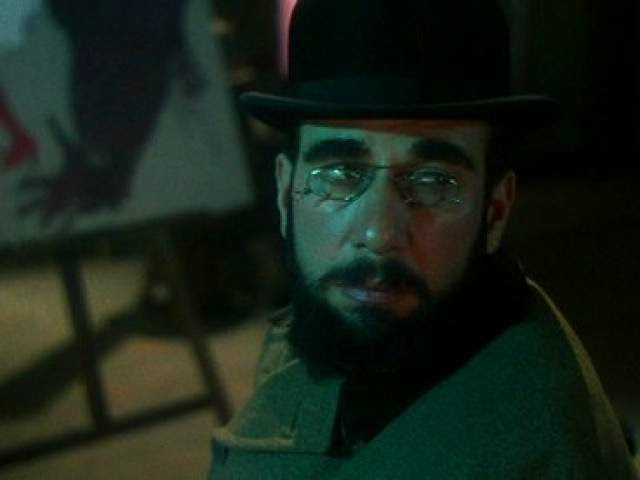 Now, I'd like to take a second to talk about lighting. Every now and again, I'll be watching a film, and suddenly a streak of light, perhaps a slightly different shade of green, will flash across the screen and leave me breathless. It doesn't happen often, but when it does I really begin to get into the film, at a much higher level. It is a way of having atmosphere just roll off the screen and into my eyes, and a way for me to appreciate what I'm seeing more than I could have ever possibly otherwise. That happened to me during Moulin Rouge, and that subtle shift in lighting got me more intrigued by the film than anything else could have. I know, it's strange.

Moving on then, the cinematography is the kind of exuberant Technicolor that you really don't see anymore. It renders every frame with a kind of dreamlike (almost as if the images were coloured with pastels) air, and it makes it much easier to accept the "studio" touches. The score has fits of harmony, but is for the most part discordant with what is happening on the screen. The special effects employed to make Jose Ferrer much shorter than he is in real life are a tad rough, but they accomplish what they are tasked to.

But, and this was to both my surprise and my delight, the ending is perhaps the best part of the film. Without giving anything away, I must say that I was expecting to see a typical "studio ending" where everyone lives happily ever after, and so I was dumbstruck by how casually and slyly Huston slid in the actual ending. It's a knockout, in terms of impact and guts, as I'm sure at least a few producers grew red with anger when they saw the final print. It's also the perfect ending for the material, and I must applaud whoever wrote it for sticking with it.

And so, despite my initial reservations, Huston's direction is quite nice here. It accomplishes what must be done with enough style to keep you interested. You can really tell he was enjoying breaking his mold by making this film, and it shows. It's not perhaps his best film, but it's a very solid entry into an increasingly solid filmography.

Email ThisBlogThis!Share to TwitterShare to FacebookShare to Pinterest
Labels: alcoholism, enjoyable, John huston, light, set in the past